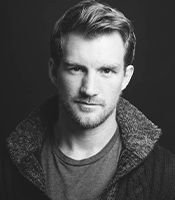 Originally from Cahors, Jean-Baptiste Peytavit, French acrobatic pro rider, is one of the best in BMX acrobatic bikes. It is his little brother who drags him to the skate park des Docks in Cahors at the age of 12.
His athletic qualities and his perseverance make him almost the only one in France to be on a bike so often, because if many take a break in winter, he keeps going.

Two spots, two competitions, one discipline: BMX.
The Dirt field will be dedicated to slopestyle competition and the Freestyle event will be present on the Spine Double Vulcano.
Two acrobatics and voltige events where international athletes will have only one thing in mind, to do the perfect trick to win.